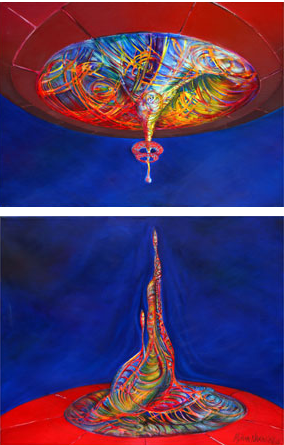 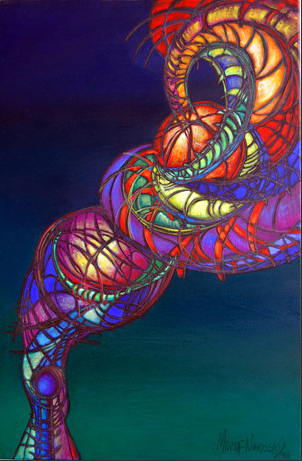 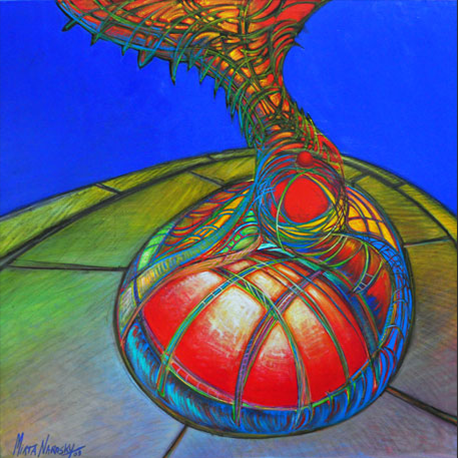 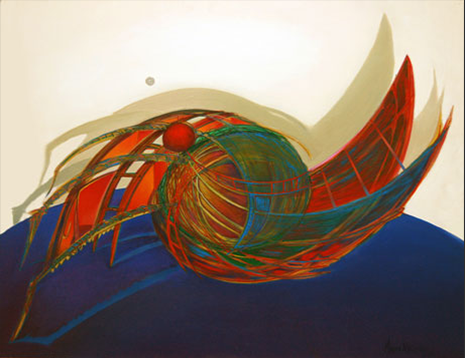 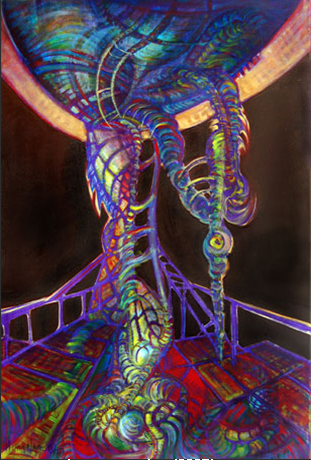 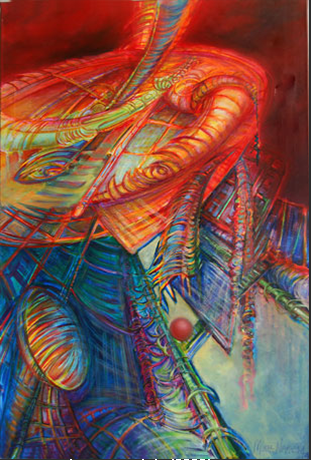 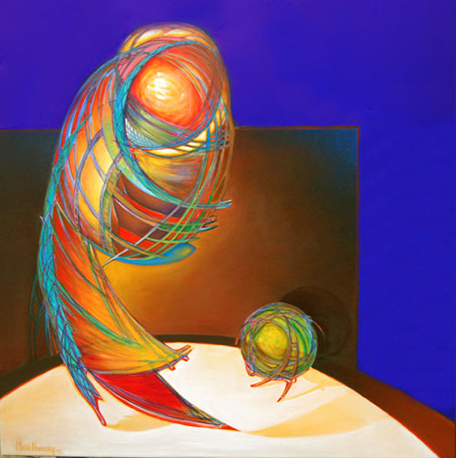 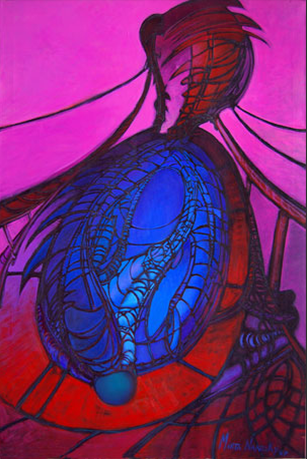 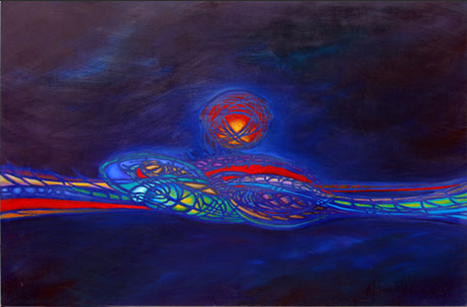 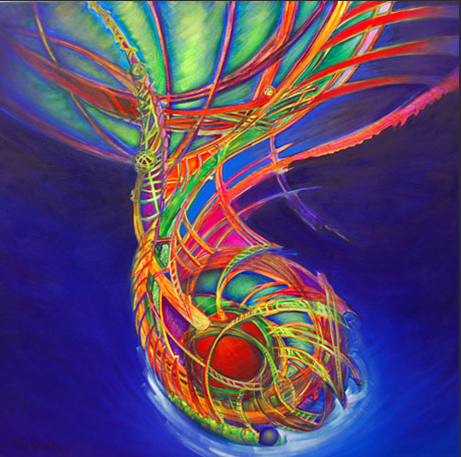 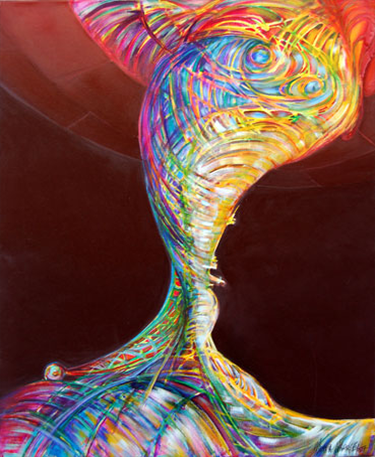 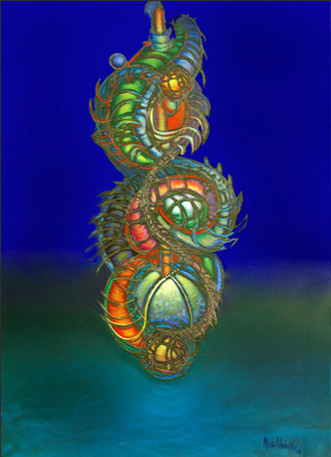 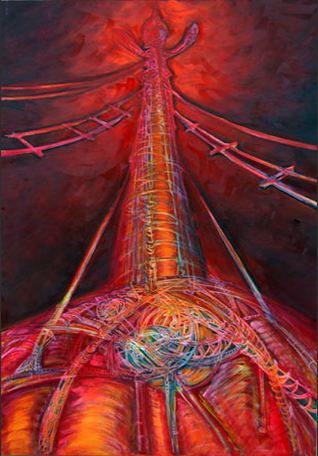 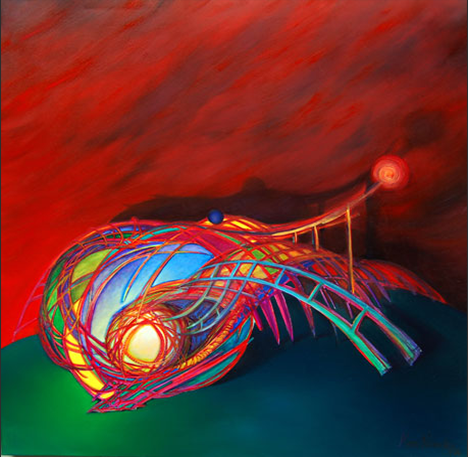 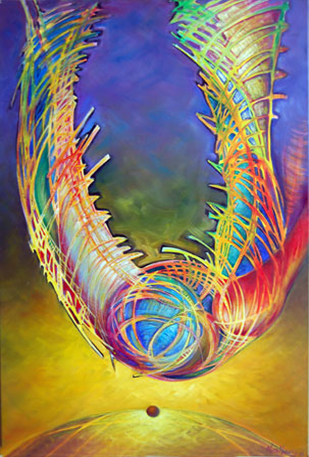 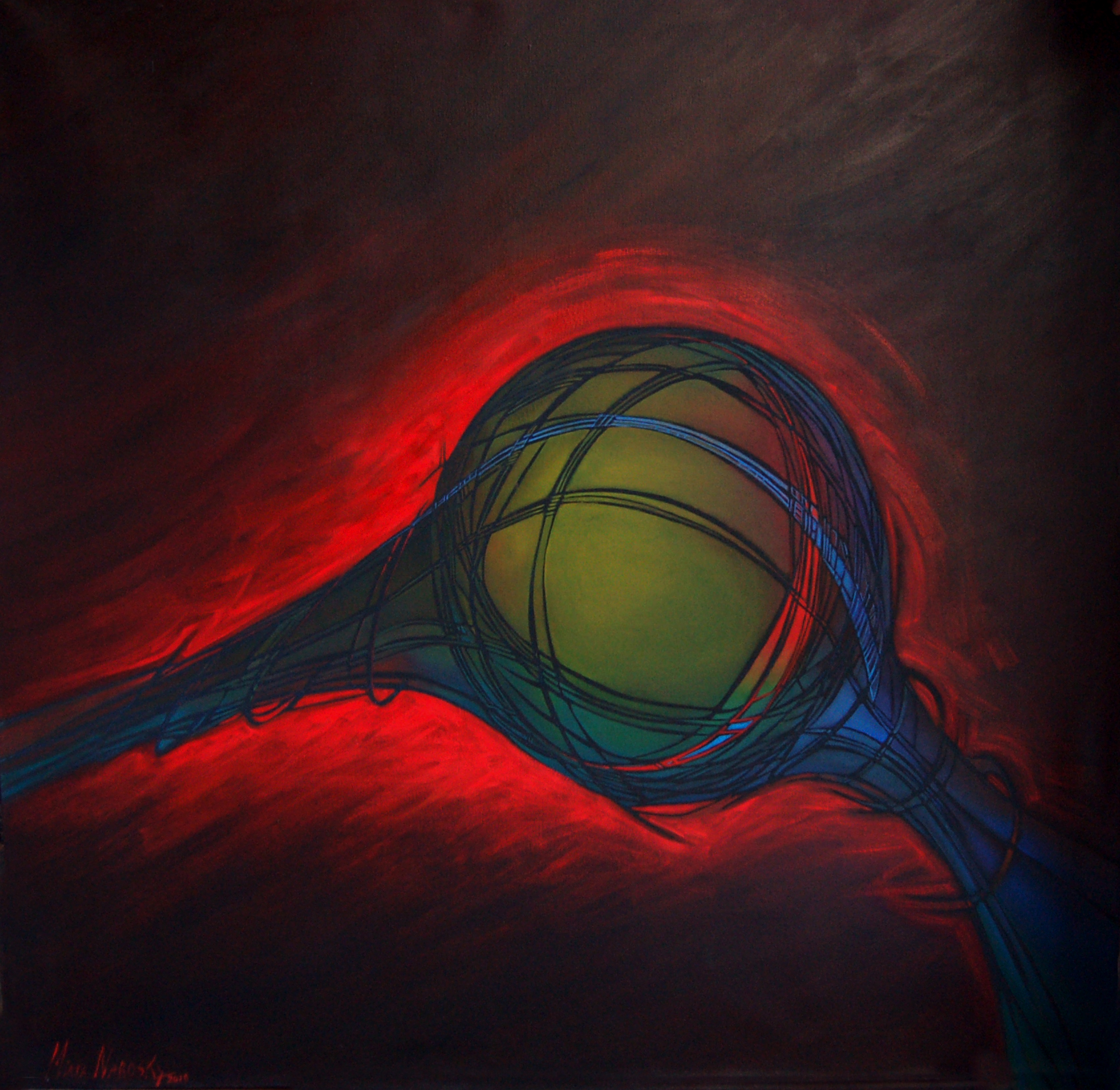 What a pleasure this series I’m doing gives me! How Much! After so many years I rediscovered abstraction. I never thought would happen. What amazes me is the surprise. Paint handles me and I become it’s instrument.
¿Abstraction? Not that much; at least not in the colors I’ve studied. But I do not work with any subject. He won the line and the volume, color and space. Colors form organic colors at their will in space. Vibrate, move, twist, generating magic of figurative allusion, but without it. The elements will put over my recurring themes; at least for the moment. Or maybe, they all will speak their own language.

Abstraction, the mental attitude that disregards and tears apart from all that it is defined and revealed by the man which materializes through conceptual, metaphysical, absolute expressive elements … a trait, a character, a thought or a combination of them all, that It was up properly after passing many others.
In Mirta Narosky is that and more.
They are the result of an arduous task that eagerly began to develop a maturity reached by the deliverance, enjoyment, expertise and especially the imaginative spirit, all qualities that are found abundantly in her work.
However, this renewed image inspired of Mirta’s own impression has a meaning far beyond the relentless pursuit by any artistic improvement.
They are the first expressions of a new language as a result of an introspective journey into the primeval that achieved through meditation. It is the elevation of her own being. It has broken away from their earthly trappings, she has transcended a visionary ecstasy and opened a vortex.
A new cosmic reality whose energy flowing forms arise impassioned, vibrating, open, ascend and intersect, amount, are bridges, ties to a world beyond the tangible. It is spatial and ethereal but rather concrete and visible as they are genuine components of her personality.
It is an exercise of the senses, the essence transcorporal managed to capture and cover with them a unique universe.
Pour into the canvas figures do not recognize to the naked eye, invites the viewer to take part and moves it to that orb studded strength and vitality that captures through warm and cold. Large areas of saturated colors that symbolize both the rational and the passionate contrasting break neck pace to arrive at inducing calm backwaters. You can see trails, buildings, and lead them home to all those who can free your mind and transfer the ether.
What underlay emerged …
In short, we can say with certainty that there are no paraphrase but genuine creativity.