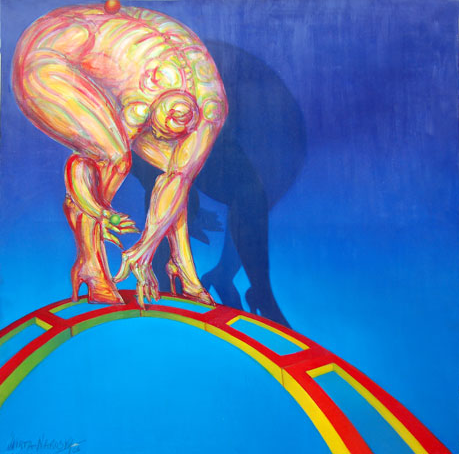 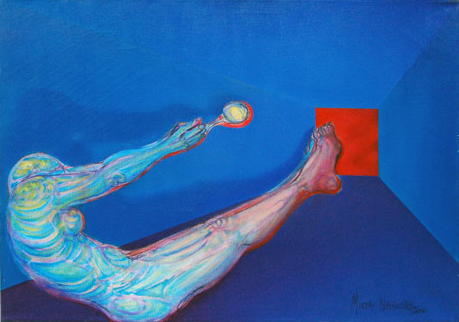 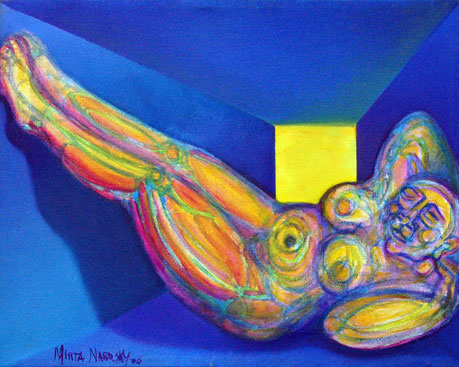 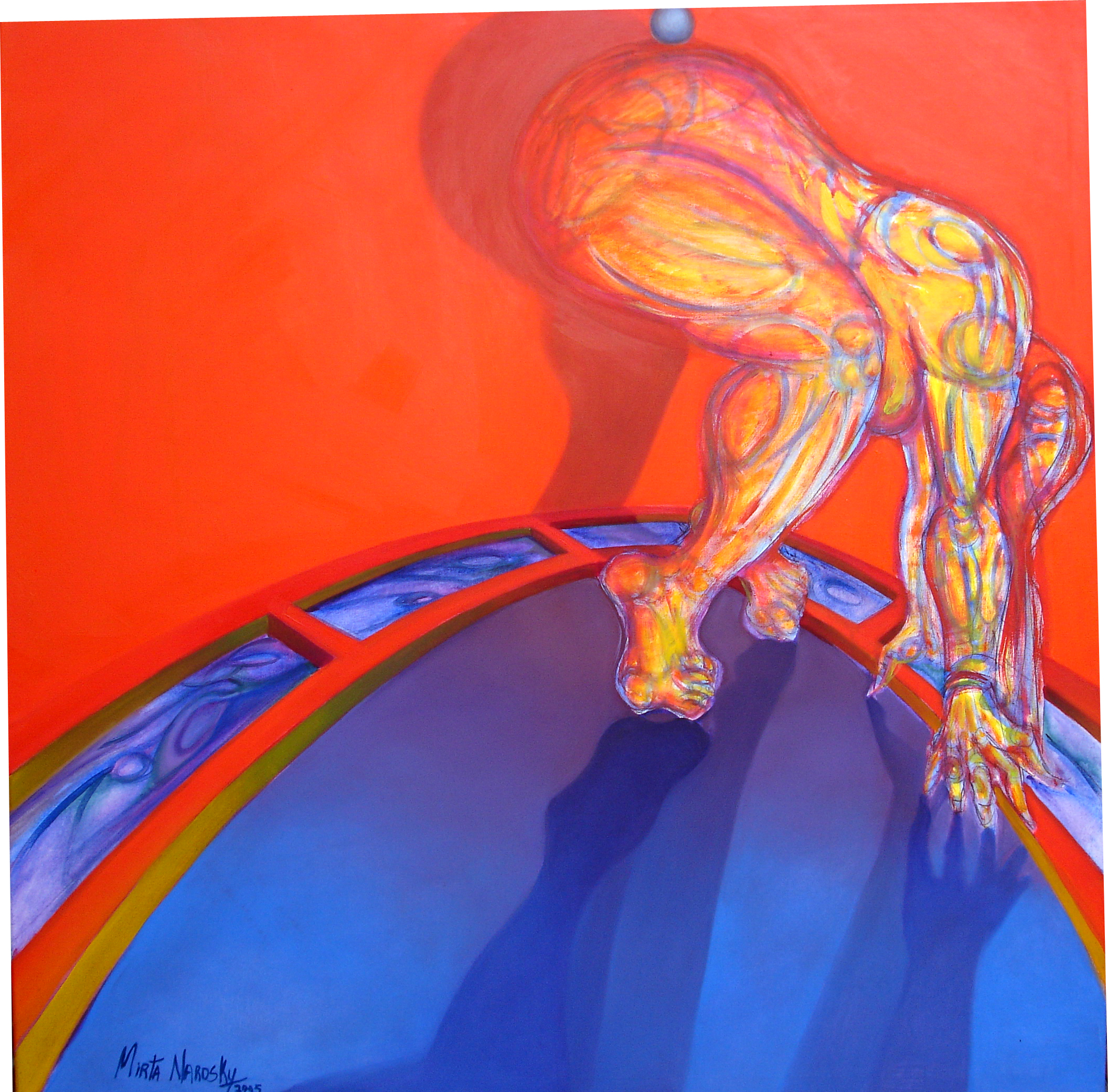 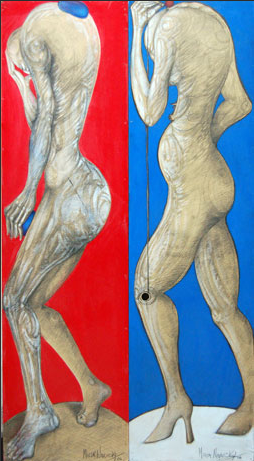 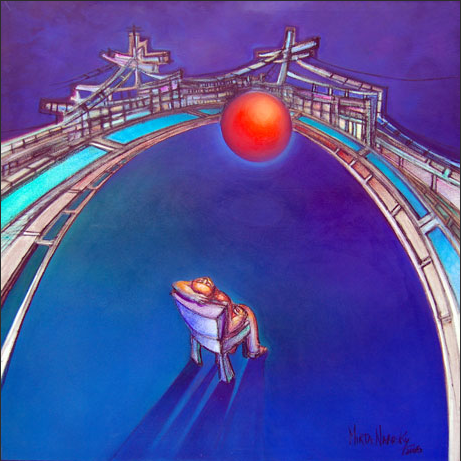 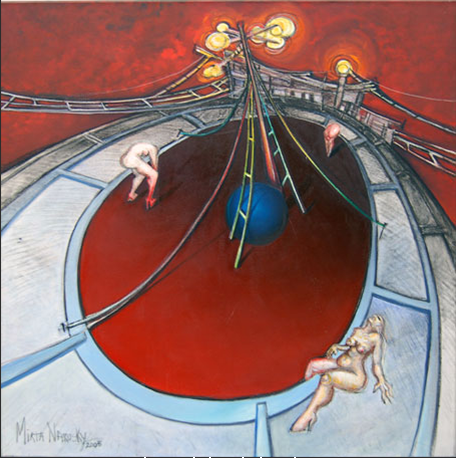 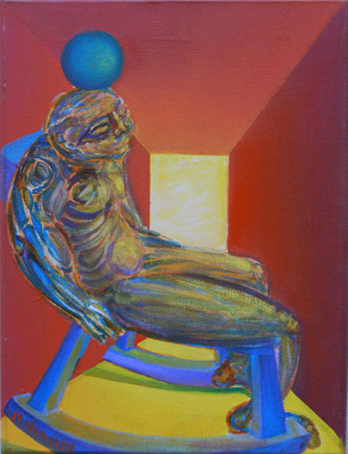 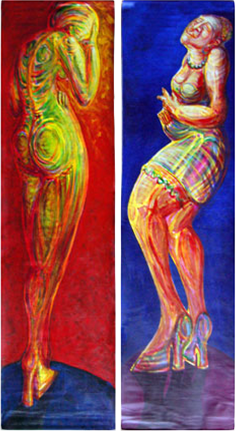 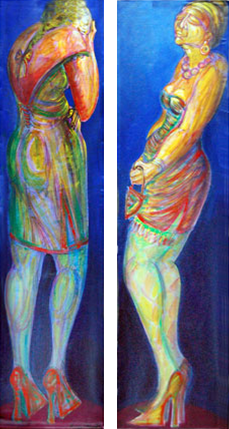 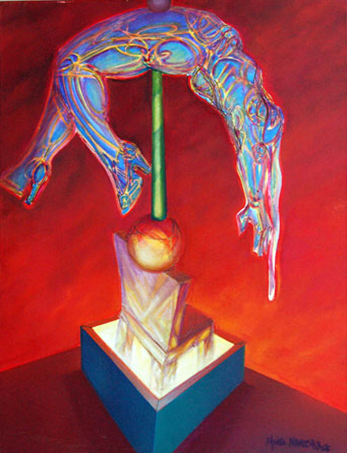 The “caryatids” were the iconographic obsession of my latest work. These column-women in Greek that in temples hold heavy structures , are extrapolated for me to our time. Represent human beings who carry on their shoulders the weight of contemporary society, so far removed from the spiritual.
Search undergoes plastic beauty in this series, my philosophical conception of man and his context because I cannot remain indifferent.

Today I start with a No.
No, not all of us have been equipped to follow the light of some tangles. How often paint spreads and is lost in the challenging ways when confronted our poor semantic categories.
It should be clear from the outset then, that Mirta Narosky follows these descriptive rules.
No, as I told you her job is not easy. It’s not exactly the synthesis finished an accomplished dialect.
No, it is not a matter agglomerate pretending to be ethereal for its performers. Mirta is more complex. It is a process, a transmutation, a sharp spell of the cosmos that takes over in the planisferio articulated by the unconscious memory of a hand.
I told you it was hard!
Let’s be frank. To assimilate this painting should be.
Not many artists who are connected in such strong doses with the occult, which lies behind the personal drive.
Jung spoke of archetypes of mythical figures dreamed in an alien space conscious world. They were figures should somehow solve the unknowns of the collective unconscious, which is not seen.
There we go. Right there. It is not like this? Following this privileged hand, equipped with a profane game, lost in singular mysterious freeway, flowing as the presence of a few frequency mystery.
There, yes! I say Yes! Now that you’ve read these pretentious words, be encouraged to contemplate, to enjoy the original ritual forms.
So yes! Do not attempt to decipher. Continue with the play of forms. Later, in a rapture dream something can arise. Perhaps an idea, a word, a comprehensive perception of his stroke. Sorry, about her stroke, her built-stroke, associated to dreams. Now, thanks Mirta.