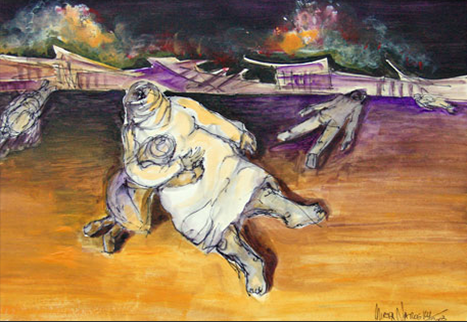 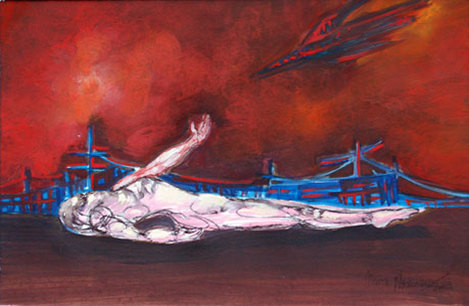 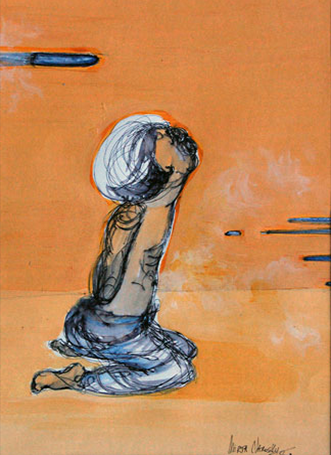 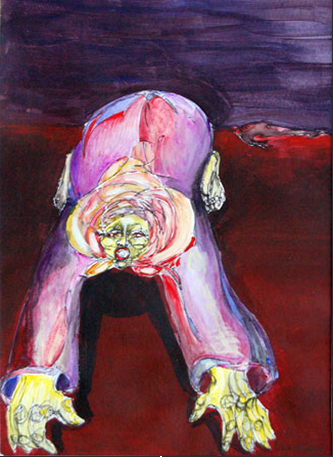 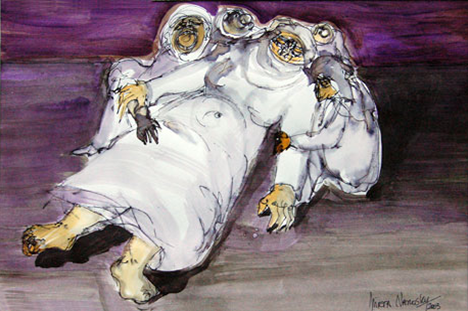 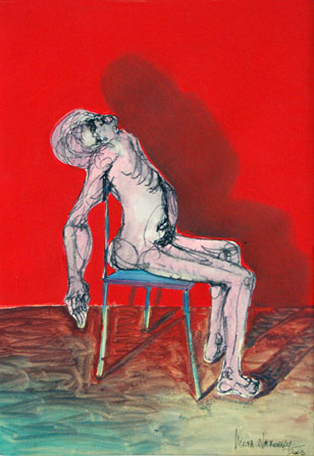 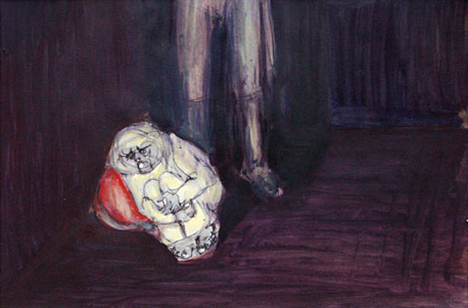 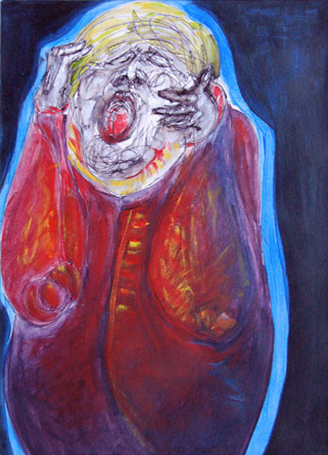 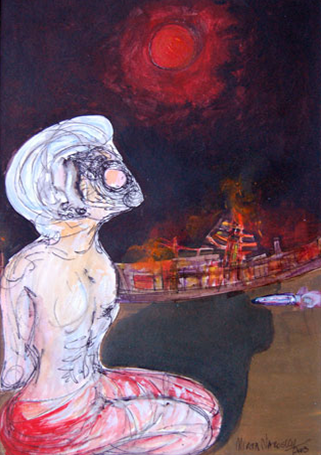 What could have taken another road, facing the horror that catharsis in painting ?!
What possible actions can be performed by sensitive beings against dementia and destruction caused by “others of the same species”?! …
Only a legacy of desperate screams, muted in a text or a picture, so that the man of the future, perhaps more aware, perhaps more spiritually elevated, and be capable of hearing screams transformed into.

The blood reaches the river. Mirta Narosky (and their visions of terror)
Hope is an instrument of evil. Imre Kertesz

For years I’ve been obsessed by artists, epistemologists, scientists and poets concentrated and unfocused, in the mysteries of the wall, cheating, lying, and the deep abyss of interiority.
Who delves into these issues, will live and leave, who vibrates with them, dizzying experience accelerations, so romantic and nineteenth century, as ancient and abysmal.
Contemplating the werewolf is not easy. Presupposes suspect that the picture is not yet died, the fire remains fire, the moon looks for the river and bullets a body; presupposes imagine delirium, beauty, ecstasy; presupposes, in short, contaminated as a subject, altering the surroundings, believe in the idea-matter and matter-idea to build stairs and break them.
Terrified thinking about death. Behold, in mystical ritual elevation; savor every one of its ends; find the ogres and demiurges; pretend light in a completely dark tunnel; intermixed with oils and acrylics; drawing; cursing the end, and evoke. If the work is genuine knows breathe through the mud, thorns, wine and pain, knows death, trembling and riddles. She knows.
Mirta Narosky confronts us with her paintings. Using canvas and wood as support, goes quite loosely constructed human worlds, where she explores shapes in different situations, as sublime as mundane. Summoning warm atmospheres where intimacy celebrates expressions  and unique gestures, this artist weaves strong, stable and unstable universes. Equilibria, tensions and compositional aspects are woven harmoniously to the general sense of the proposed concept.
Some pieces, in which the horror of war and destruction are the focus, deserve remote considerations.-matrices Spheres and ovals present in most of her works, project all its technical structure, freeing the image, making it exquisitely primary and original.
The streets, environments, faces and bodies passing voluptuous, delicate and eminent, grotesque in the metaphysical meanings of aesthetic pleasures.
It is not easy to make live works. Increasingly we are seeing exhibitions where art is confused with sentimentality worse, with fair.
Mirta Narosky understands the limits of reason, knows the roads to fuzzy feeling, knows the ambiguous world of the artwork.
Throughout his manicured images achieved unique labyrinths of life, but also death; labyrinths of sacred and still waters, human labyrinths and animalistic human.
After exploring her pieces, we abandon hope, breaking the hold. Cry emerges as the son of silence.